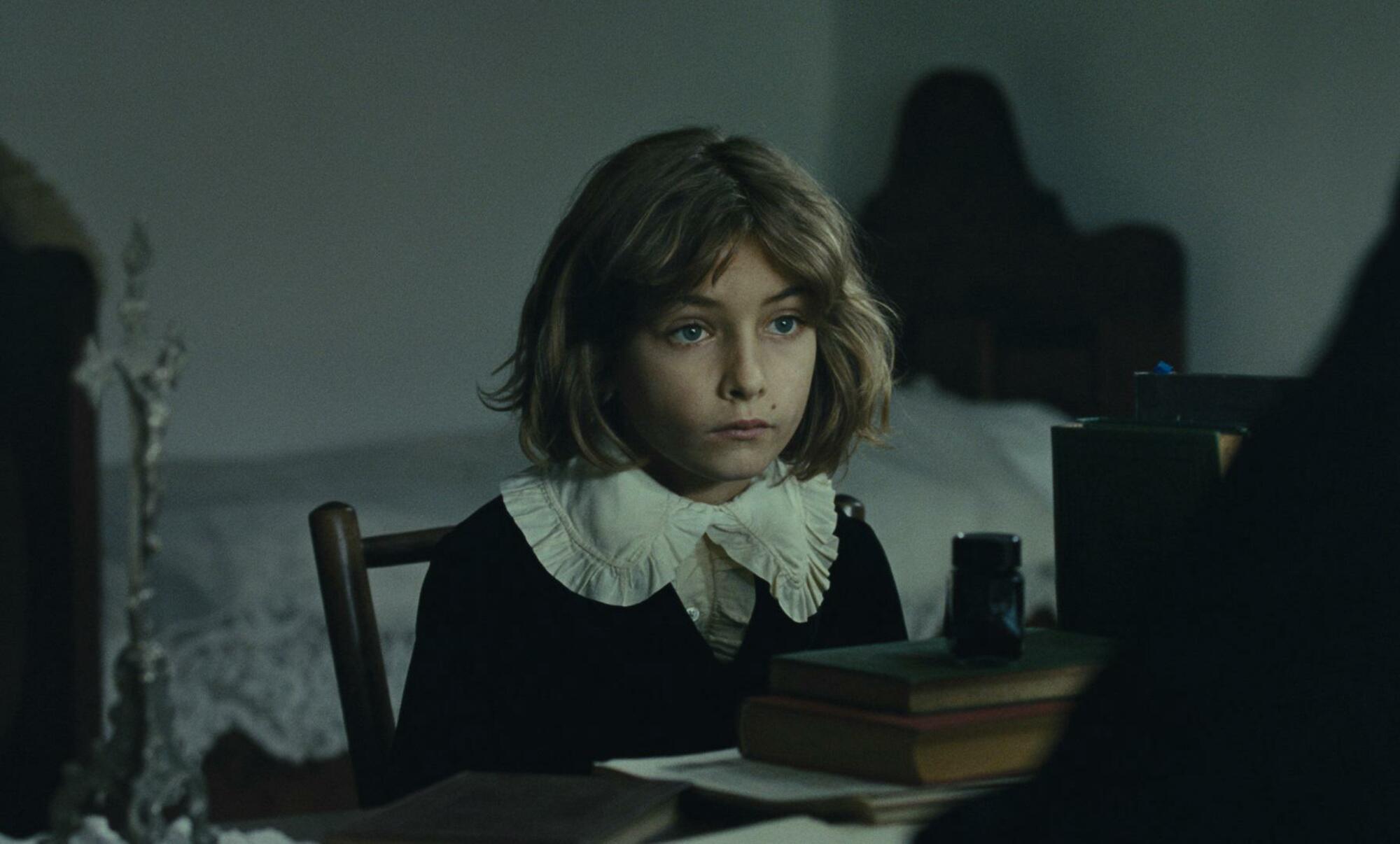 The Childhood of a Leader

The film puts forward a simple theory of how a leader is born – and by ‘leader’, we mean ‘dictator’, although the two terms become confused very quickly.

The theory is that this disposition develops in childhood, so after a blaring prologue like a fanfare to the good old days, during which we see crowds of people cheering for President Wilson, we find ourselves in the private sphere, in the house of a Euro-American family that has come back to Europe for the drawing up of the Treaty of Versailles of 1919, as the father (Liam Cunningham) happens to be part of the American delegation participating in negotiations between Germany and the Allies.

Whilst he works on the negotiations in Paris, his wife (Bérénice Bejo), who is the daughter of a diplomat herself, tries to give their young son, Prescott (Tom Sweet), a cosmopolitan education, in line with the customs of those times, when the parents of upper-class families didn’t hug or kiss their children and believed in strict discipline – tacitly allowing governesses (theirs is skilfully played by Stacy Martin, the young nymphomaniac from Lars von Trier’s film Nymphomaniac) and servants (like the honest villager played by Yolande Moreau) to show them kindnesses, as long as they didn’t upstage the parents or give the children anything to eat when they were on bread and water.

The film, which follows the power struggle between the mother and her son, is split into three chapters, each one focusing on a major fit of rage that transforms the child from a victim of tyranny into a little tyrant, after which an auditively very aggressive Stalino-Hitlerite epilogue projects us thirty years into the future, showing us the much bigger tyrant that the little one has become.

In terms of form, Corbet’s film is pretty impressive. The cinematography superbly conveys the atmosphere in this decrepit middle-class house, which is huge yet stifling, and nicely carries the motif of the private room (as opposed to the rooms in which rulers negotiate and parley) managed by a woman, which serves as the antechamber to dictatorship, through the film. Also worth mentioning are the performances of Bejo and the small boy, who give remarkable interpretations of latent megalomaniac hysteria disguised by cold malice.

However, when the epilogue rolls round (subtitled “Prescott the bastard”), the director’s choice to destroy our hearing so badly whilst showing us, amid the roar of the moronic crowd, a breeding ground for totalitarianism, that the tyrant doesn’t have the same traits as his father, but those of a good friend of his, a German played by Robert Pattinson with the questionable brilliance he’s known for (to pass his accent off as European, Corbet starts by getting drunk on whisky around a pool table – enough said), is rather irritating, even more so when you read, in the credits, that the director wishes to thank (in particular) Jean-Paul Sartre, Robert Musil and Hannah Arendt no less. It’s a shame, as what was intended as a simple but well-portrayed premise suddenly becomes a bit simplistic.

Other films from this section Fiction

Other movies with this tag fiction